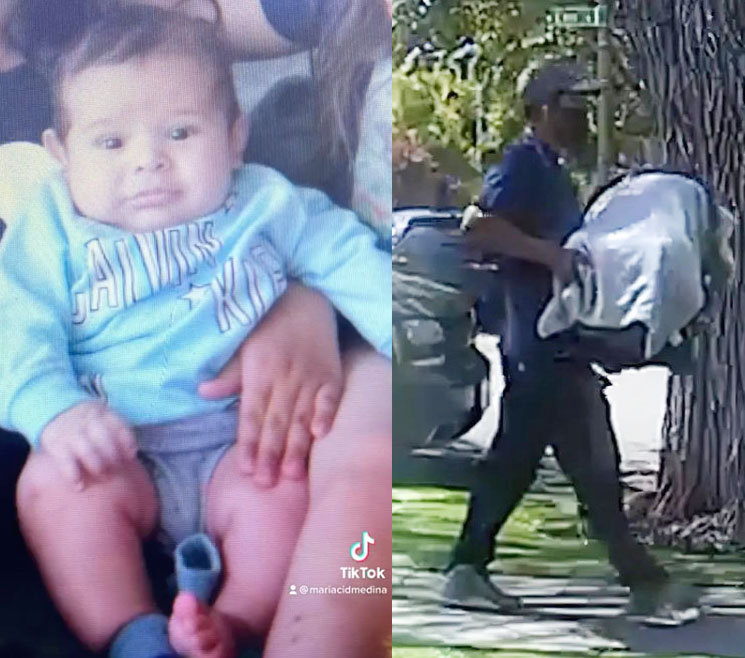 Police in San Jose, California are searching for a man who kidnapped a 3-month-old baby while his grandmother was unloading groceries from her car.

Police say the man entered an apartment while the grandmother was outside and abducted the infant on Monday afternoon.

Surveillance video shows a man walking down a sidewalk holding a baby carrier covered by a white blanket around 1 pm Monday.

The baby is identified as Brandon Cuellar. His mother was at work at the time of the abduction. The baby’s father is incarcerated.

The grandmother had just placed Brandon’s carrier inside the apartment and went outside to unload groceries from a car.

“In that short amount of time, someone entered the apartment … and left with the baby,” said San Jose police Sgt. Christian Camarillo during an afternoon press conference.

The Federal Bureau of Investigation (FBI) has joined in the hunt for the unidentified man. Kidnapping is a federal crime.

The FBI has been seen going door-to-door to locate surveillance video or potential witnesses who may have seen the man loitering outside.

The California Highway Patrol released a photo of the suspect vehicle, a 2011 silver Nissan Quest with the license plate 7HWF353.

More details released in the kidnapping of Baby Brandon.

San Jose police say he was in the care of his grandmother when he was abducted.