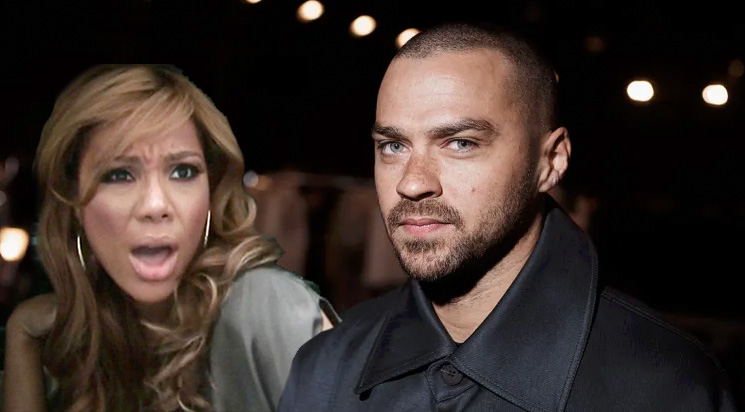 Tamar Braxton showed no shame after Jesse Williams’ nudes leaked online on Monday. The 40-year-old is starring in Broadway play, Take Me Outabout a gay baseball player who comes out to his teammates.

Despite a strict policy against cell phones in the theater, someone managed to sneak a phone in and filmed Jesse in a shower scene.

Jesse, 40, was a trending topic on social media on Monday. Tamar Braxton, 45, was among the thirsty women losing their minds over the actor’s anatomy.

“For sure Jesse Williams has three legs and one can for sure cure the ND acne on my face,” she tweeted.

For sure Jessie Williams has three legs and one can for sure cure the ND acne on my face?

“OK … That wasn’t saved. I’m celibate. And the acne on my face looks like rocks! Just ONE touch lord,” she wrote.

Acne is a common symptom of perimenopause (before menopause) due to falling estrogen and progesterone levels.