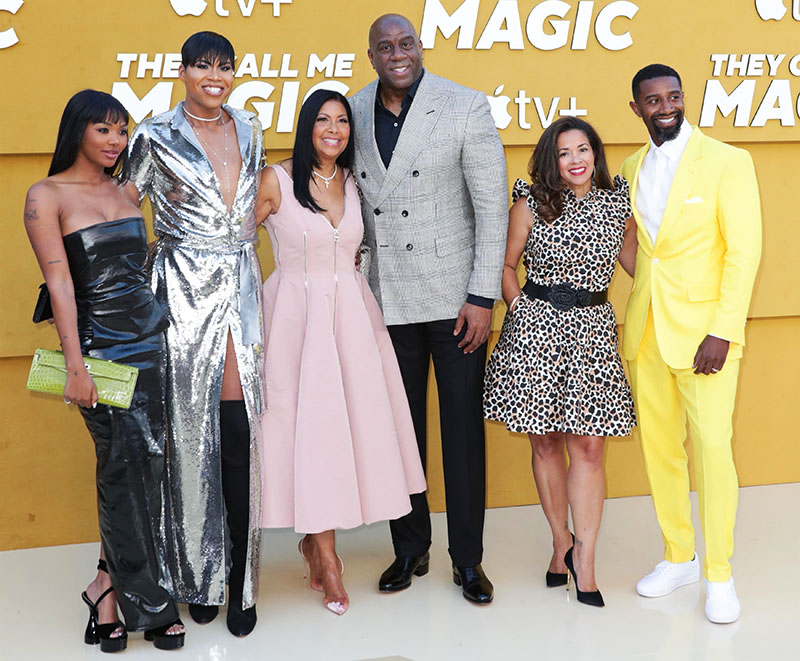 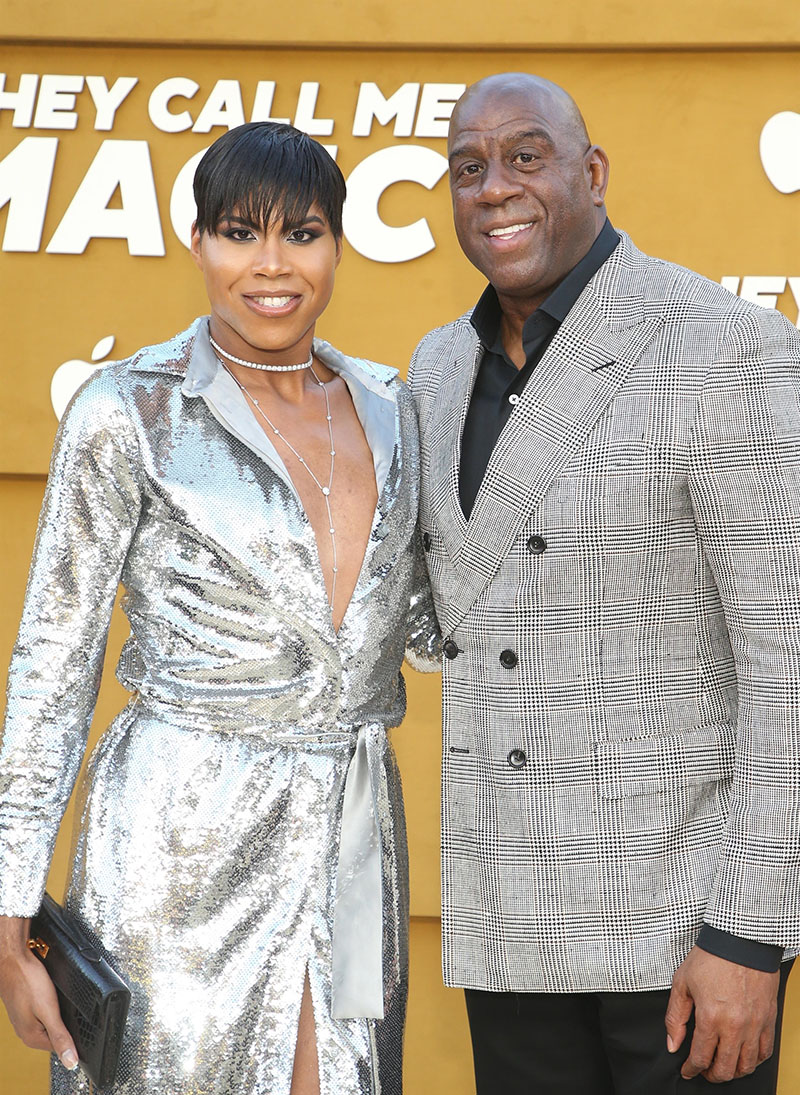 Magic Jonson and his gender neutral son EJ Johnson attended the Apple TV + premiere of his “They Call Me Magic” docuseries at The Village Regency Theater in Los Angeles on Thursday.

EJ lost weight and he looks so good! EJ told Fox LA, “Through all of it, he’s always been ‘dad.’ We never understood when I was little why people would faint or cry or scream when they would see him. We’re like, he’s just a man, what are you freaking out about but after a while, now it makes sense. “ 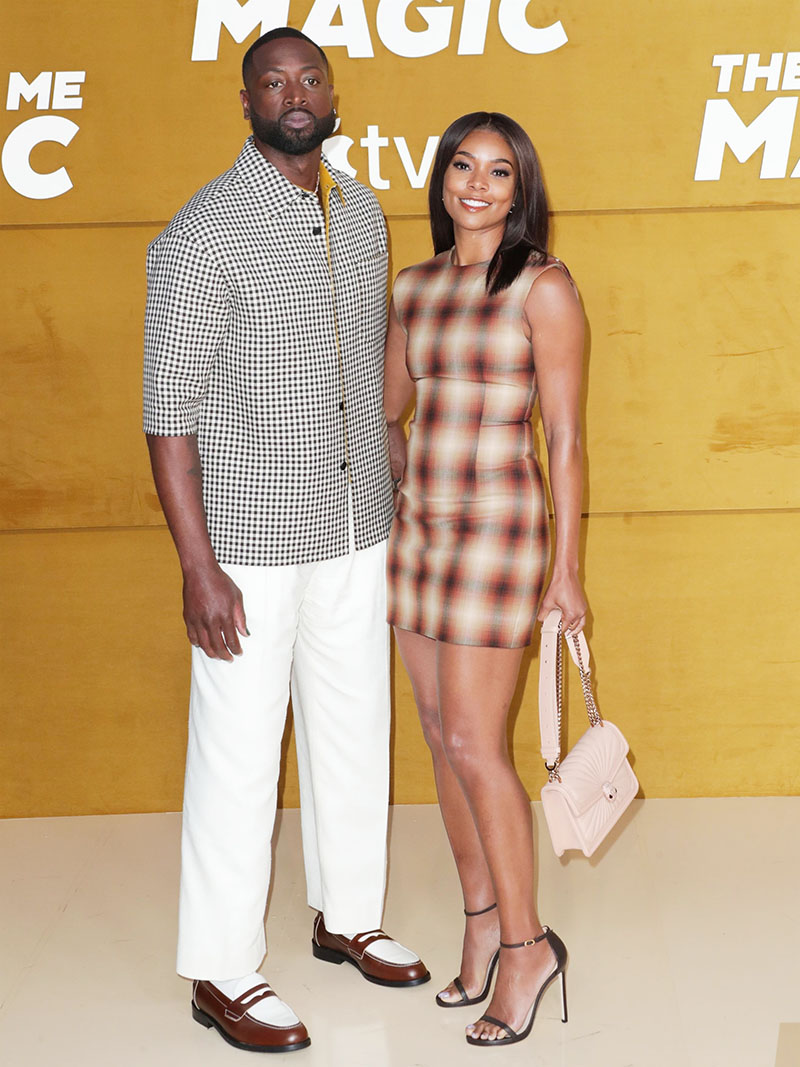 Magic’s pals Dwyane Wade and Gabrielle Union attended the Apple TV + Premiere of Magic Johnson’s ‘They Call Me Magic’ in Los Angeles. “What Magic has meant to me and my husband and our family is he physically shows up,” Gabrielle told Fox LA. “People don’t actually show up for anybody these days and he actually shows up every single time for us in literally every area of ​​life.”

Music legend Stevie Wonder said about Magic, “I am excited about his story being told by him, excited about being in this celebration. He has definitely written history that will be carried on through the sands of time then he’s another person from Michigan.” 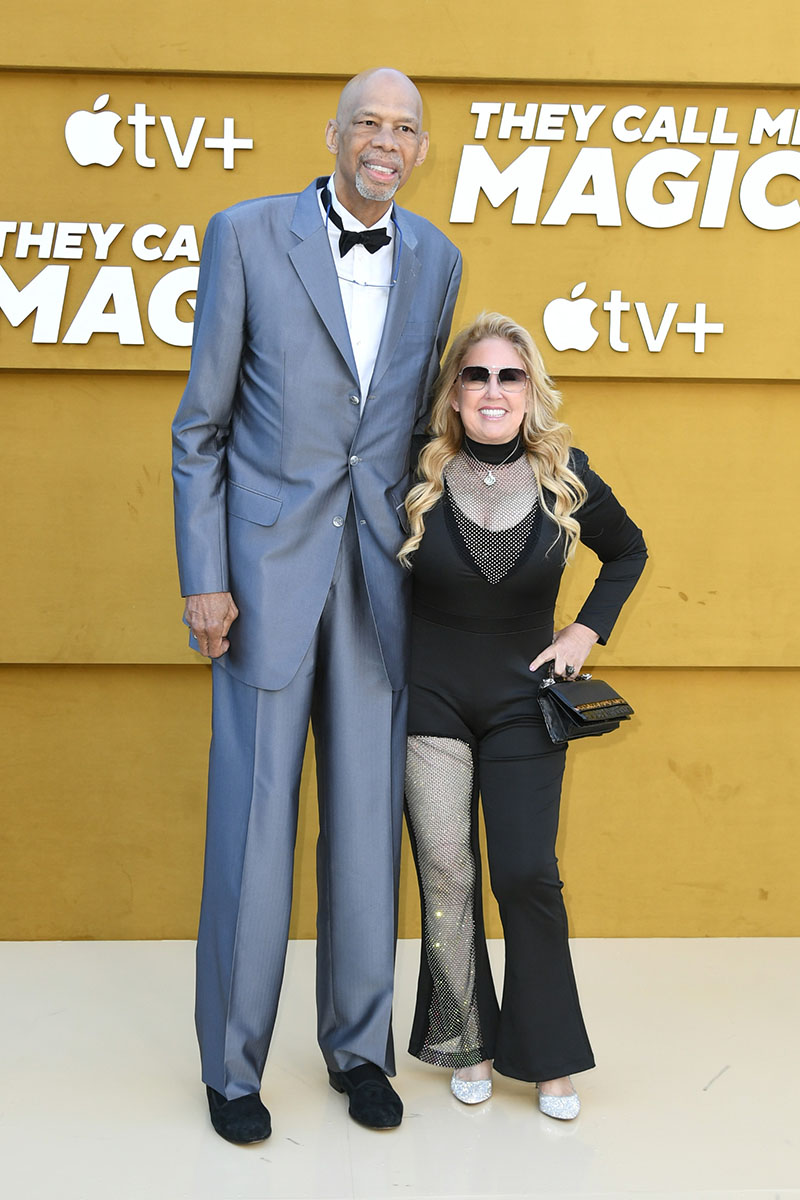 NBA legend Kareem Abdul-Jabbar and his well-heeled guest attended the Apple TV + premiere of his “They Call Me Magic” docuseries at The Village Regency Theater in Los Angeles on Thursday.

See more photos HERE and in the gallery below.