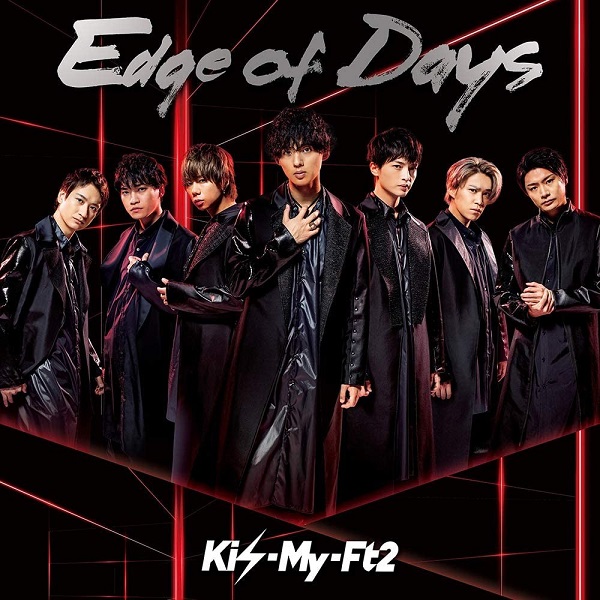 In honor of Kis-My-Ft2’s complete videography being uploaded to YouTube (in edited form, of course (), I can’t resist writing about each single. To put this in context for Bias List readers, Kis-My-Ft2 (or Kisumai, as they’re often known) are my J-pop version of Infinite. That‘s how much I love them and their discography.

Yet, I rarely write about them because finding online links to their music was so hard… until now!

Backing up Edge of Dayswe’ve got another Kisumai highlight in the form of goofy-fun dance track Mr. Fresh. Those who prefer their electro beats sprinkled with a heavy dose of saxophone will definitely enjoy this one! The song has a strident drive, bounding out of the gate with percussive force that weaves and dives until we hit the supercharged catchiness of the chorus.

This all precedes the aforementioned sax drop, which shares just a bit of connective tissue with ONF’s Complete. Mr. Fresh is much sillier and not quite as successful, but has a familiar sense of brisk movement. My favorite moments are Nikaido’s raps. The rhythm briefly upends here, only to slam back with extra force. It’s a great trick that keeps the arrangement interesting. I’m less-enthused by the tempo-shifting bridge, but it still incorporates a cool melodic turn. Mr. Fresh isn’t going to set the J-pop world on fire, but it’s a burst of amiable fun that takes advantage of the group’s personality.

The video is very simple, depicting the guys on a minimalist subway car backdropped by black and featuring numerous lighting effects. It was probably quite cheap to produce, but the simplicity is an asset. It’s fun to watch. I mean is Kisumai are always fun to watch!