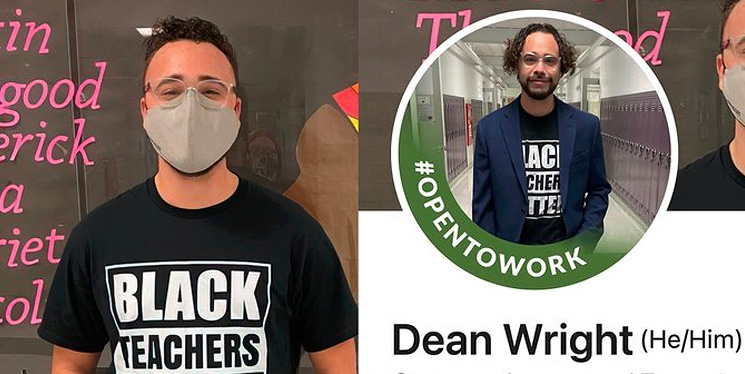 A middle school teacher in Oregon was placed on a paid leave after he was caught sending “nude selfies” to a student.

According to the Salem Reporter, Dean Wright was escorted from Judson Middle School by police on Monday. It isn’t clear if he was arrested.

The school took action after Wright’s selfie circulated on social media and was viewed by some middle school students.

In an email sent to parents, Judson Middle School’s principal said Wright told school officials he “mistakenly” sent the nudes to a boy at South High School. Wright said the images were meant for another person.

“Mistakenly”… who tells their kids to give their cell number to your teacher? Mine high schoolers are told to give them mine or my wife’s if asked. WTF is wrong this state @OregonGovBrown ??

However, parents demanded to know why the boy’s number was in a teacher’s personal cell phone.

Wright is openly gay and an outspoken member of the Salem, Oregon LGBT + community.

In a recent TikTok video, Wright said he is most proud of “normalizing” the use of proper pronouns (he / him, she / her, they / them) in his classroom.

Would you look at that .. what is he most proud of? Giving a lesson on and making students use personal pronouns? pic.twitter.com/McgICSbqST

Wright, who is mixed race, also teaches critical race theory (CRT) in his class and he opposes Florida’s “Don’t Say Gay” bill which was signed into law by Gov. Ron DeSantis on Monday.

A middle school teacher at @salemkeizer reportedly sent nudes to a student. He was escorted out of school by police yesterday and according to an email from the principal- was placed on leave.

We aren’t allowed to have student phone numbers. There are classroom apps that schools require you to use to contact students.

Why does a teacher have a child’s cell phone number?

You’d think pedo is a requirement for employment.

Because we are allowing teachers to be emotionally stunted narcissistic adults who stopped mentally developing in grade school, so naturally that’s the target audience for them. They get to relive their school years again… with your kid.