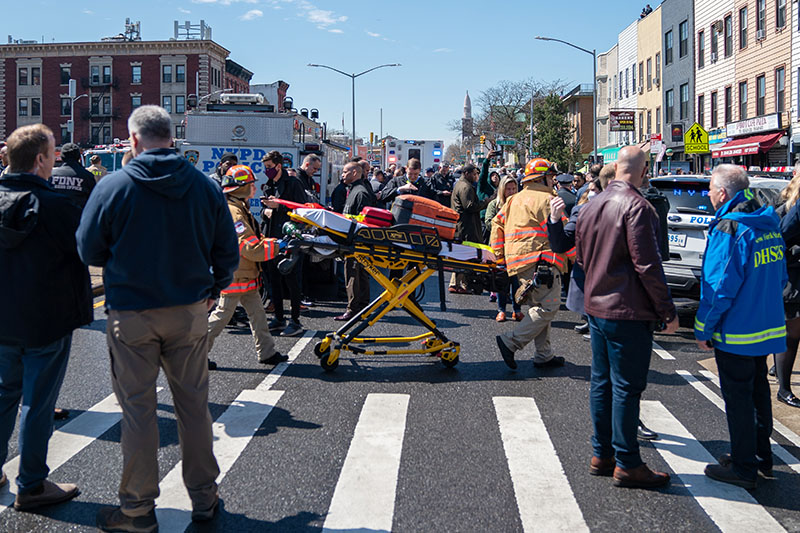 The shooter who opened fire inside a subway car reportedly aimed at the victims’ legs, according to witnesses.

The shooting took place early Tuesday while the train was stopped in the tunnel at 36th Street and Fourth Avenue station in the Sunset Park neighborhood. 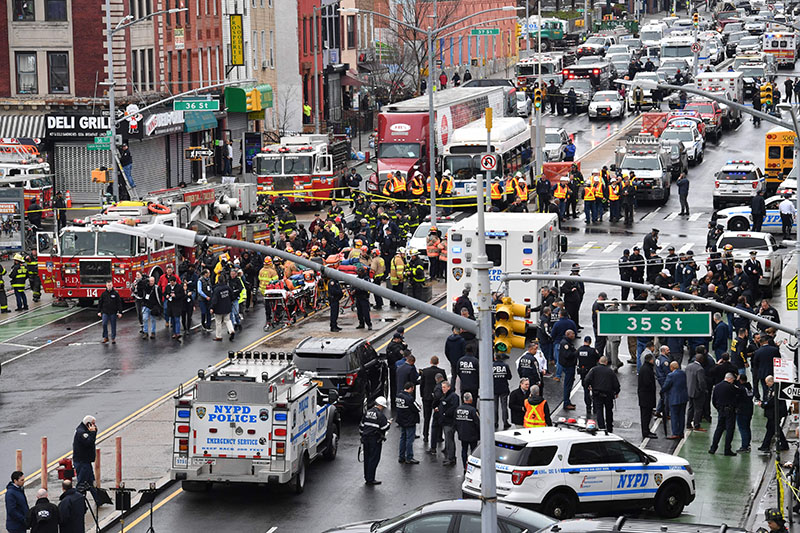 A majority of the injured victims were treated for smoke inhalation, according to Fox News.

Witnesses say the man put on a gas mask, set off smoke bombs, and began shooting at riders on a southbound train. He fled the train before it came to a complete stop. The train continued on to the next station where the victims got off.

CCTV cameras were not operating inside the subway station.

The subway shooting is not being investigated as an act of terrorism.

According to Fox News, investigators may know the identity of the shooter, who is still on the loose. The gunman, described as a 5′-5 “Black male, is rumored to be a disgruntled former transit employee.

Crime on the NYC subway has spiked by 81% according to the NYPD. Ridership has slowly increased since the pandemic in 2020, but subway ridership is still down 40%, according to Fox News.