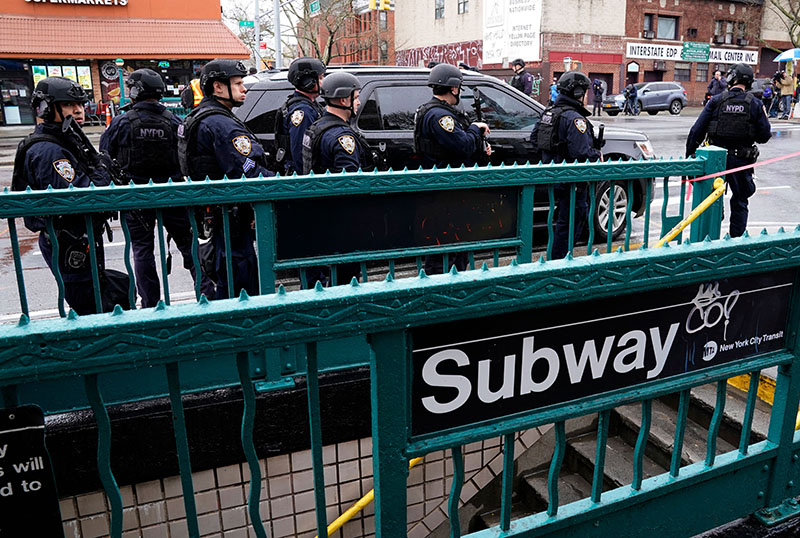 Witnesses say the gunman put on a gas mask, set off smoke bombs, and began shooting people on a southbound B train at the 36th Street station in Brooklyn.

Panic erupted and commuters pried open the doors of the subway car to escape. At least 8 people were shot, and 16 people were injured according to FDNY. The NYPD denied reports that the man wore a construction vest or worked for the city.

The incident happened at 8:30 am during rush hour. Eight gunshot victims were transported to a hospital. Police did not release details about their condition.

The gunman is described as a 5′-6 “Black male wearing a green vest. He fled the train before it came to a complete stop at the 36th Street station near Sunset Park.

“Praying for the people injured in the shocking Brooklyn subway attack,” Rep. Hakeem Jeffries (DN.Y.) tweeted. “We’ll get through this together #BrooklynStrong.”

Crime on the NYC subway has spiked by 81% according to the NYPD. Ridership has slowly increased since the pandemic in 2020, but subway ridership is still down 40%, according to Fox News.