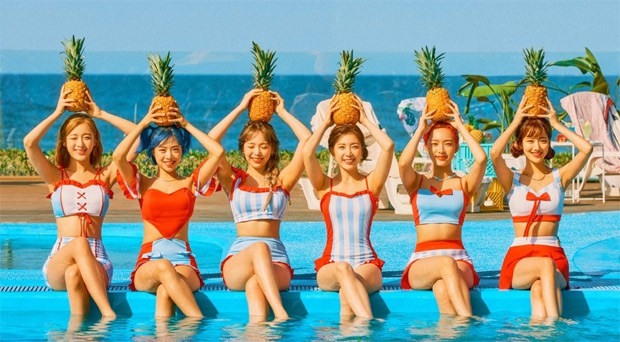 On January 28, the group’s agency DSP Media released an official statement informing the group’s decision of disbandment, as reported by Korean tabloid Soompi. “Hello, this is DSP Media. We are informing you that our artist APRIL has disbanded. ” the statement beg.

“After a long period of discussion and debate, our agency and the APRIL members decided to have the group disband and go their separate ways. We ask that you give lots of support and interest to the six members, who will be walking a new path that is not part of APRIL. ” the statement read.

The statement concluded saying, “Furthermore, we would like to once again thank the fans who supported and cheered on APRIL for the past six years.”

On January 26, it was reported that the entertainment agency RBW acquired DSP Media and would gain ownership over the agency at the end of March.

APRIL comprised of 6 members namely Chaekyung, Chaewon, Naeun, Yena, Rachel and Jinsol. The group debuted in 2015 with their first EP Dreaming and single ‘Dream Candy’. The group’s latest comeback was in July 2020 for their special album Hello Summer.