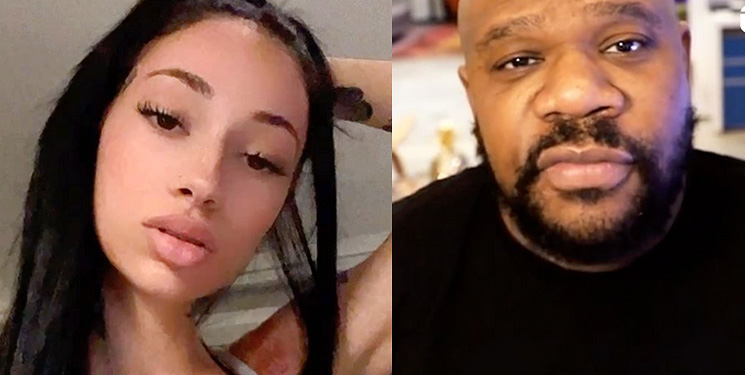 Bhad Bhabie’s father questions how she earned $ 55 million as a social media influencer.

Ira Peskowitz, who is estranged from Bhabie, weighed in after the 19-year-old announced she purchased a mansion with $ 6 million cash and earned $ 55 million online.

“Was she groomed? Absolutely. With the way she dressed, the way she acted, everything was sex related and encouraged by people around her,” Peskowitz said.

“Who in their right mind thinks ‘Ah she’s just turned 18 so now it’s time to make money on OnlyFans’, you don’t think of that in a few days there must have been some preparation when she was under 18.”

“It’s not normal to pay to see a barely legal girl explicitly. The sad thing is they treat her like a product. Everyone around her just wants her to make money. She doesn’t rap anymore, she doesn’t sing, she doesn’t ‘t go on tour. She sits in her house and she does her OnlyFans. “

However, Isaac Hayes III thinks the teenager, born Danielle Bregoli, made a genius decision to leave Instagram where she only has 5 posts.

“She doesn’t care about Instagram no more. But she cares about her following that she has on Instagram,” Hayes said.

“She removed all of her [IG] content and is leveraging her following on Instagram to drive them someplace else that she can monetize, “Hayes said.

He often criticizes Instagram’s algorithms that makes it difficult for followers to see content.