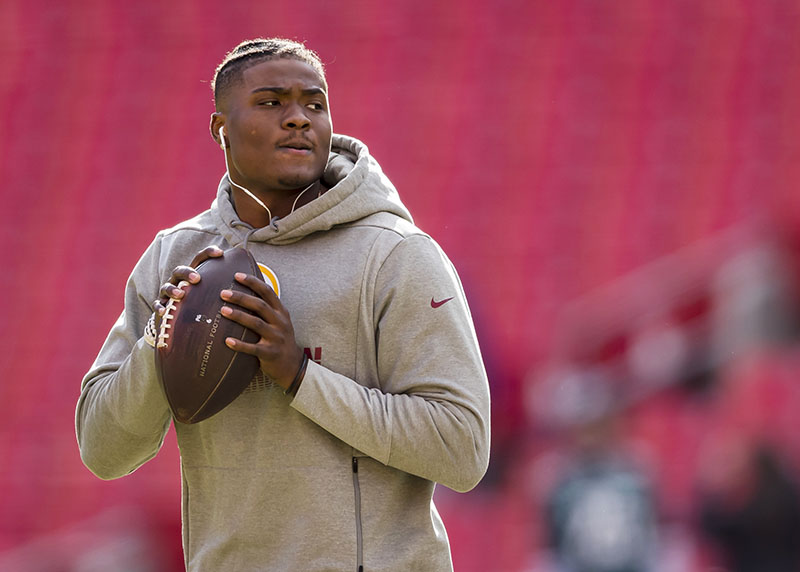 The parents of deceased NFL quarterback Dwayne Haskins, Jr. did not attend his funeral in Pittsburgh on Friday, April 22.

The Steelers star died after he was hit by a dump truck and another vehicle on I-595 in Fort Lauderdale on April 9.

Steelers players and staff arrived at the Allegheny Center Alliance Church to pay their respects to their teammate.

The family released a statement saying they didn’t attend his funeral because they have never met Haskins’ wife, Kalabrya, and did not want his funeral to be their first meeting.

Assault charges were dropped against Kalabrya earlier this year after she punched Haskins and knocked his tooth out during a verbal dispute last year.

Haskins’ parents, Dwayne Sr. And Tamara, they said they plan to hold a public memorial service in New Jersey and Maryland this weekend, MSN reports.

Haskins was born in New Jersey and went to high school in Maryland.

“I’ll be your groupie baby, because you are my superstar” Singing Happy Birthday to my beautiful wifey @kalabryahaskins super proud of what you’ve been able to accomplish despite all the obstacles that come your way … “

Kalabrya released a message about Haskins’ funeral services on April 19.