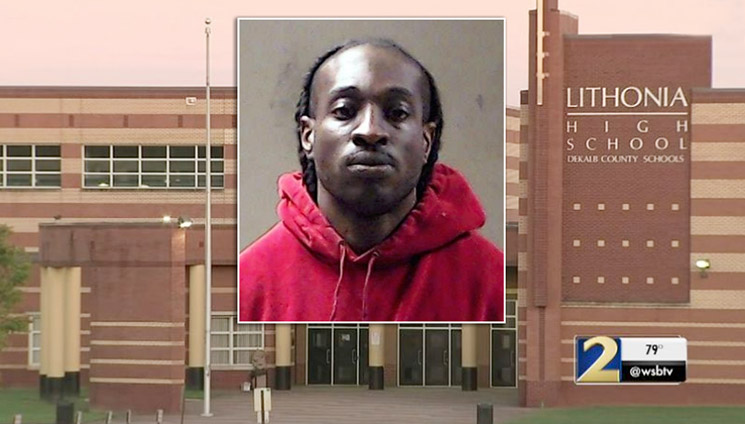 Police arrested a DeKalb County special education teacher and football coach and charged him with sexual contact with one of his students.

Marcus Skeen, who works at Lithonia High School, was caught having sex with an underage student in his car in the parking lot at Stonecrest Mall.

The girl’s mother installed a tracking device on her daughter’s phone after a previous incident. The mother tracked the girl’s cell phone to the parking lot in the Stonecrest Mall around 11:30 pm on March 18.

When the mother approached the car, Skeen put the girl out of his car and sped off.

Police said Skeen, 36, met up with the girl twice off campus, according to WSB-TV. The mother had tracked her daughter’s cellphone to the parking lot, where she “observed a vehicle rocking back and forth.”

She contacted the DeKalb police who investigated and arrested Skeen on Monday. He is charged with sexual contact by an employee or agent in the first degree, which is a felony. The age of the victim is unknown.