Kerry Chater, the bassist and co-founder of ’60s hitmakers Gary Puckett & the Union Gap who went on to score multiple country hits and a Grammy nom as a songwriter, has died. He was 77.

Local Nashville paper The Williamson Source said he died February 4 in the Tennessee capital. No cause of death was given.

Chater was born on August 7, 1945, in Vancouver and began playing in local bands by the mid-’60s. When one of his bandmates left to form Iron Butterfly, Chater joined a band fronted by Gary Puckett that would become the Union Gap. Singed to Columbia, the newly christened Gary Puckett & the Union Gap – sporting matching American Civil War uniforms – found near-immediate success, and their first four singles all went gold hit the Top 10 on the Billboard Hot 100: “Woman, Woman” (No. 4), “Young Girl” and “Lady Willpower (both No. 2) and“ Over You (No. 7). 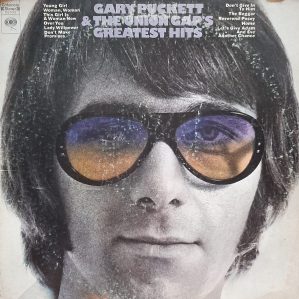 The group’s fifth single “Don’t Give in to Him” ​​peaked at No. 15, but its follow-up “This Girl Is a Woman Now” hit No. 9. All told, the group amassed five top 10 singles in less than two years from 1967-69. Chater wrote several of the band’s songs but none of its singles.

The band found little success overseas, but a rerelease of “Young Girl” hits the UK Top 10 in 1974.

The Union Gap’s albums were only moderately successful, but its 1970 greatest-hits disc went platinum. Chater left the Union Gap that year, and the group splintered.

In 1972, he relocated to Los Angeles and began writing plays as part of a collective ice by Lehman Engel. He would release a pair of noncharting solo albums during the late ’70s and barely cracked the Hot 100 in 1977 with the single “Part Time Love.”

After that, Chater began writing country songs again. He found his greatest success in 1983, when he co-penned a pair of Billboard No. 1 country hits: George Strait’s “You Look So Good in Love” and Reba McEntire’s “You’re the First Time I’ve Thought About Leaving.” He also scored a Best Country Song Grammy nom that year for IOU, a Top 10 hit for Lee Greenwood.

He would score another chart topper in 1989 with Alabama’s “If I Had You.” He found moderate success later.