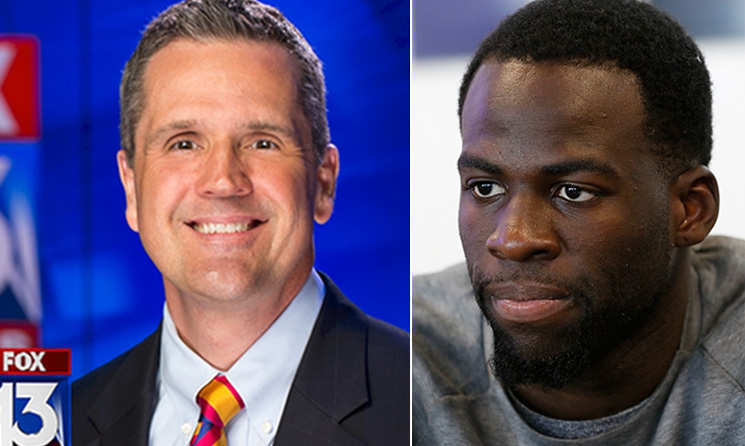 A weatherman for a Fox News affiliate in Memphis deleted his entire Twitter page after he posted a racist tweet about NBA star Draymond Green.

Joey Sulipeck is the chief meteorologist for Fox 13 News in Memphis. He faced public backlash after he sent out a tweet following Game 3 of the Western Conference NBA playoffs.

And chew on this: Draymond runs his knuckle-dragging open mouth ALL GAME LONG, but mild-mannered Kyle Anderson despite ones call and gets ejected? Next level jackassery [sic]. “

Sulipeck, who is white, deleted the tweet and nuked his entire Twitter account following public backlash and a dressing down from a fellow Memphis media member.

He has not been punished and still has his job. 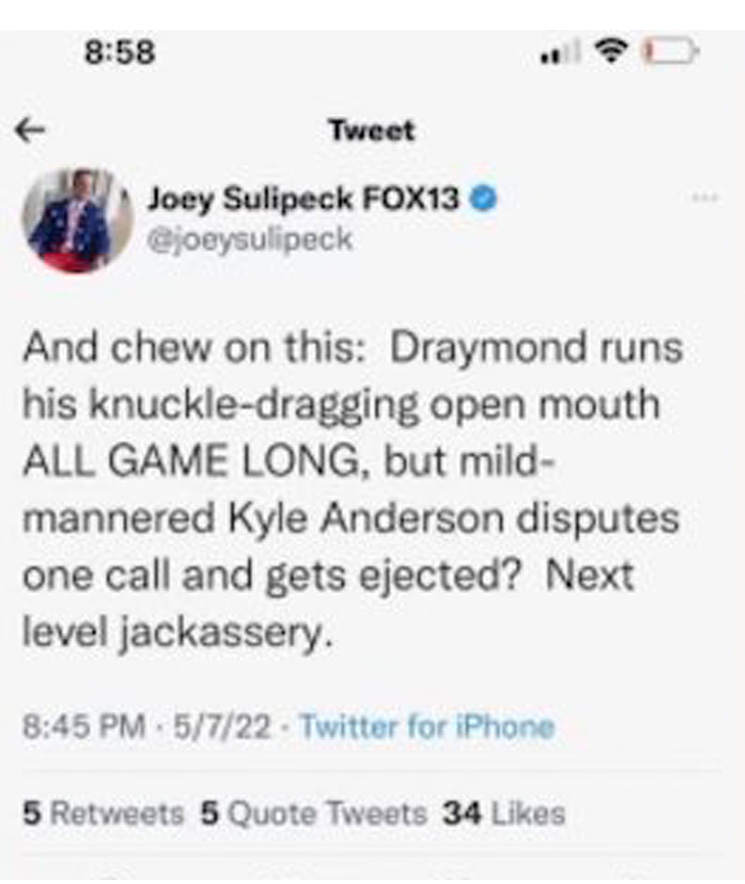