Documentary filmmaker Brent Renaud was killed when Russian troops opened fire while he was covering the war in Ukraine, authorities said on Sunday. 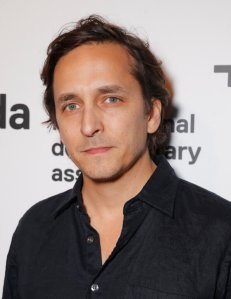 Renaud had done work for The New York Times, but was not on assignment for the media outlet at the time he was killed.

“We are deeply saddened to hear of Brent Renaud’s death,” a Times spokeswoman said. “Brent was a talented filmmaker who had contributed to The New York Times over the years.”

Renaud had been reporting in Irpin, a suburb of Kyiv, Nebytov wrote on Facebook, accompanied by a photo of Renaud’s Times press badge.

The Times spokeswoman said that although he had contributed to the Times in the past (most recently in 2015), he was not on assignment for any desk at the Times in Ukraine. Early reports that he worked for the Times circulated because he was wearing a Times press badge that had been issued for an assignment many years ago. ”

Renaud produced films along with his brother Craig, including Last Chance High, a video series for Vice News that won a Peabody award, along with projects about the wars in Iraq and Afghanistan and other world hot spots. The Renauds were also founders of the Little Rock Film Festival. Other projects include the 2017 HBO documentary Meth Storm and the 2016 project Shelter. Their 2005 documentary Off to War: Welcome to Baghdad was nominated for a DGA award.

Brent Renaud was also a Nieman Fellow in the class of 2019. Ann Marie Lipinski, the curator of the fellowship, wrote on Twitter that he was “gifted and kind, and his work was infused with humanity.”