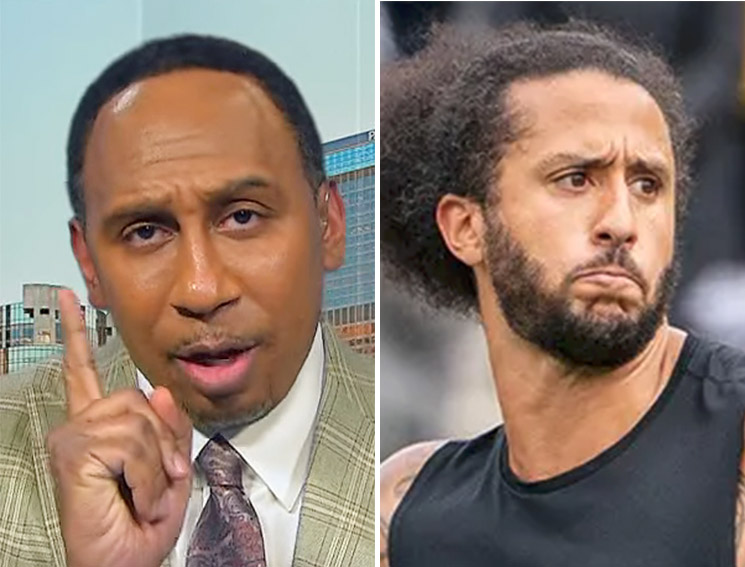 Stephen A. Smith is sick and tired of hearing about Colin Kaepernick’s attempts to play in the NFL.

Kaepernick is so desperate to join the NFL that he said he is willing to accept a backup quarterback position.

In an episode of his ESPN show “First Take,” Smith called Kaepernick’s comments “utter nonsense. I’m sick of this.”

You may recall that Kaepernick was so upset at losing his starting QB position with the San Francisco 49ers in 2016 that he refused to stand during the national anthem before the game.

After reporters questioned him about sitting during the national anthem, he decided to get down on one knee rather than sit on the bench. 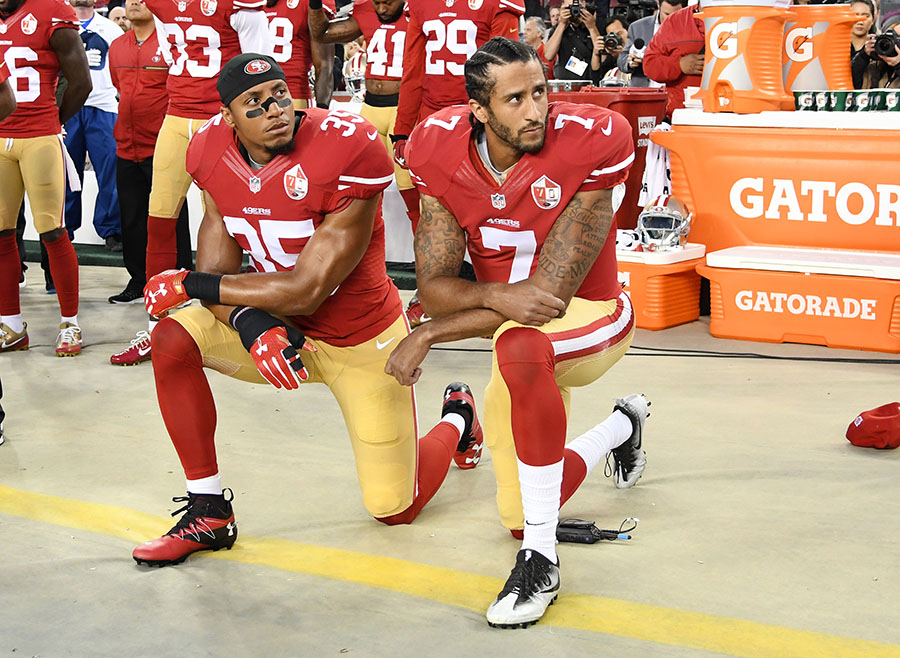 It was then that Kaepernick claimed he was kneeling to protest against racial injustice, police brutality and oppression in America.

In 2017, he opted out of his contract with the 49ers and became a free agent. He was then blacklisted in the NFL.

Kepernick sued the NFL in 2019 and won a multi-million dollar settlement.

Now Kaepernick says he will accept a backup quarterback position if an NFL team will sign him.

On Tuesday, Stephen A. Smith turned on Kaepernick after being one of his most vocal supporters in the past.

“My brother, you haven’t played in five years. We don’t know what you can do but we still believe in you. I believe Colin Kaepernick could be on an NFL team right now and help a team despite being gone for five years because I think he’s that gifted. That ain’t the point! ” Smith said.

“The point is coaches, players and executives all answer to owners of those respective football teams and they don’t want to touch you … I understand your point about not trusting them, hell we don’t trust them. But we were willing to fight for you, you didn’t want to listen to anyone. And now the NFL is saying, ratings are up 10% from the year before. Super Bowl ratings were up 6%. We’ve got some of the best numbers since 2015 , that’s without Colin Kaepernick. Why would we invite this trouble? Who didn’t know they were gonna do that? Who didn’t warn Colin Kaepernick they weren’t gonna do that? “

“That’s why we told you. Go work out. Show what you can do and let the momentum build to force their hand. But you didn’t wanna play. You didn’t wanna talk. And that’s why you’re still doing interviews instead of throwing touchdowns. “

Watch video of Stephen A. Smith’s statement below.