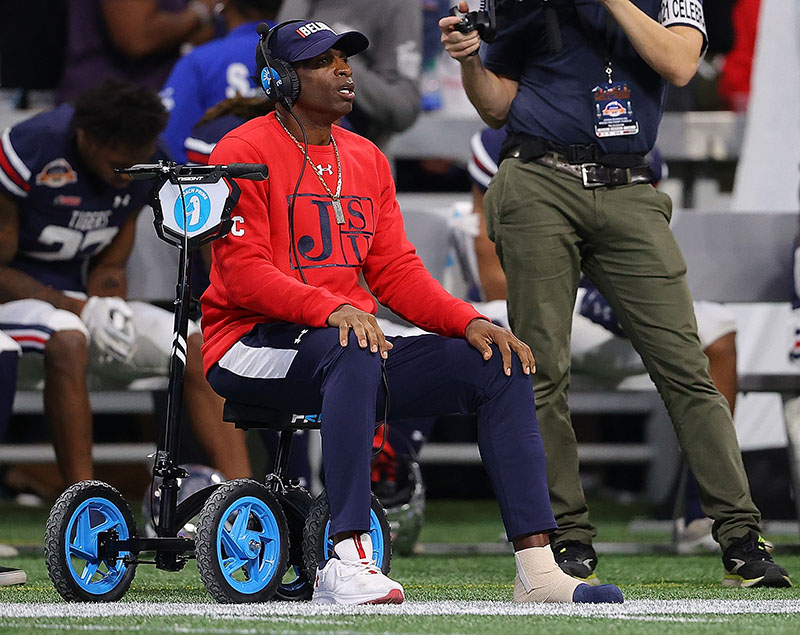 NFL legend Deion Sanders revealed he had two of his toes amputated due to blood clots that formed after surgery on his foot.

The Jackson State head coach revealed he lost his toes in an episode of his “Coach Prime” documentary series that aired on Barstool Sports.

Sanders, 54, was hospitalized for nearly a month earlier this year. The initial surgery in September was to treat a dislocated toe and an inflamed nerve. 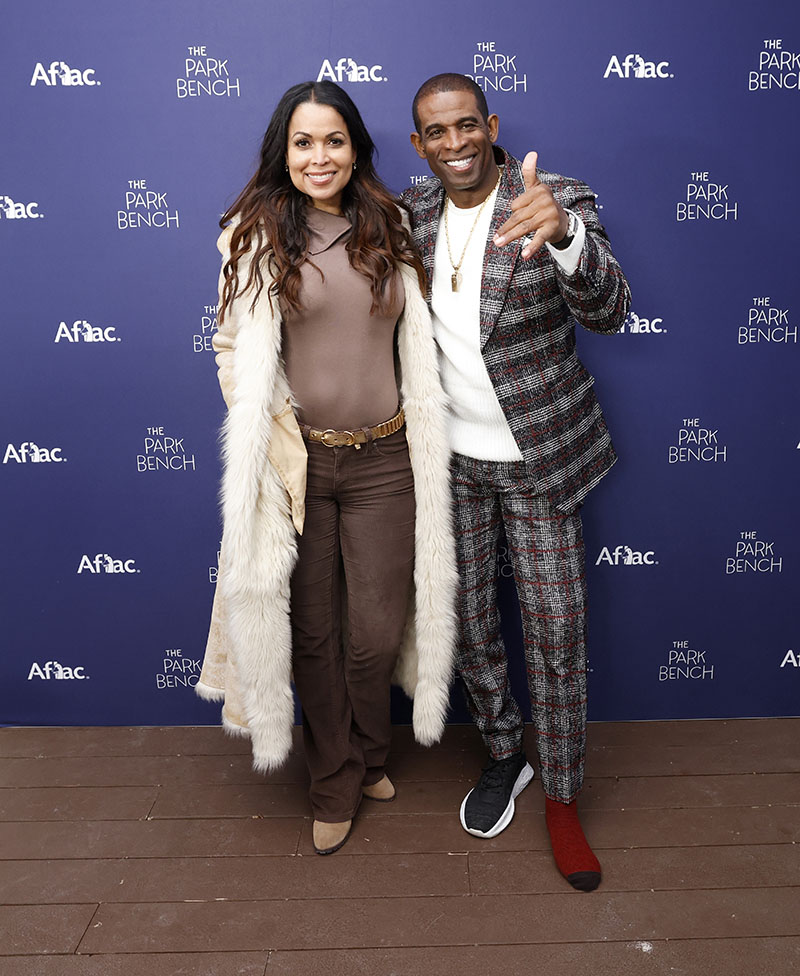 Sanders’ longtime fiancée, Tracey Edmonds (pictured with Sanders in January 2022) took care of him during his healing process.

Sanders returned to the football field where he cruised the sideline in a golf cart or a scooter.

Eventually, Sanders noticed two of his toes were darkened and cold to the touch – indications of poor blood circulation in his toes. 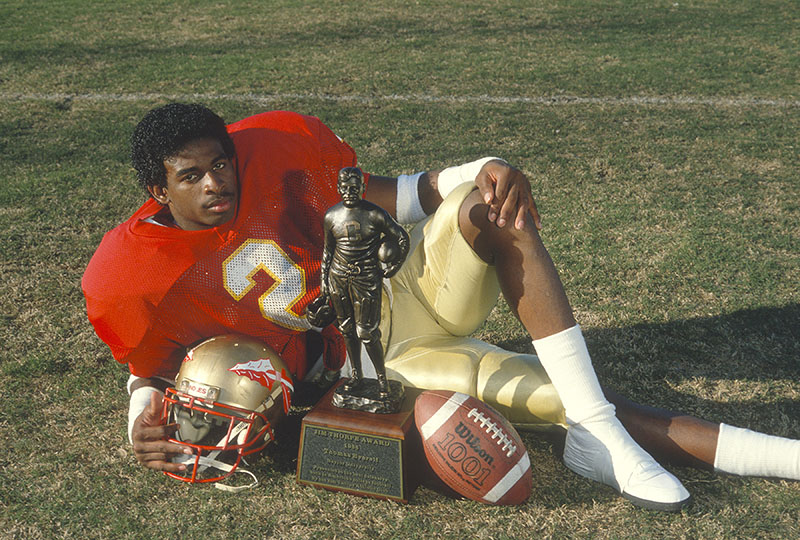 He was diagnosed with three life-threatening blood clots in the femoral artery in his left thigh.

Sanders developed compartment syndrome from swelling in his leg, which further obstructed blood flow to his foot. More surgery followed and doctors laid open Sanders’ leg to drain the fluid.

Doctors amputated his big toe and second toe on his left foot. He underwent a total of eight surgeries. Sanders said the ordeal caused him to lose 35 pounds.

“The hardest thing of it all was to look down there and see that and understand once upon a time you were this type of athlete and [now] you don’t even know if you’re gonna walk because all you feel is pain and you just want to get out of the hospital. “