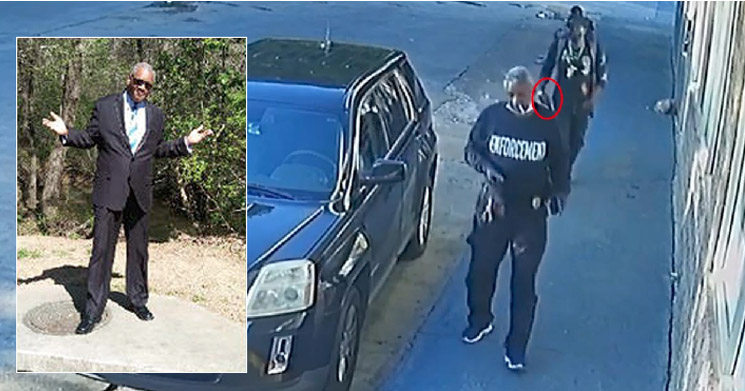 The daughter of a security guard who was gunned down outside an Atlanta restaurant is speaking out about his senseless murder.

Anthony Frazier was killed by an unknown assailant as he got out of his SUV outside the American Wings and Seafood restaurant on Cleveland Avenue around 7 pm Monday.

The man who shot him also robbed him before casually walking away. Several people walked by Frazier’s lifeless body, and one of them rifled through his pockets and appeared to take something.

“I just don’t understand how somebody could be so cold,” she said.

Atlanta Police Chief Rodney Bryant, who announced his plan to retire in June after 34 years, cautioned the public not to jump to conclusions about the people in the video.

“We don’t know what their roles were or what they were going through at that particular time,” Bryant said. “But just immediately taking a look at it is concerning.”

Frazier’s daughter expressed anger at the callousness of the people who robbed her father.

“I’m angry at the people that stood by,” Antonette said. “My daddy was a good person. I’m angry and disgusted with the bystanders digging through his pockets.”

She described her dad as a mild-mannered man who enjoyed cooking.

Antonette said, most importantly, he was a loving father to his three adult children.

“He was my best friend, and they took him away from me,” she said.

Crime Stoppers is offering a $ 2,000 reward for information leading to an arrest.