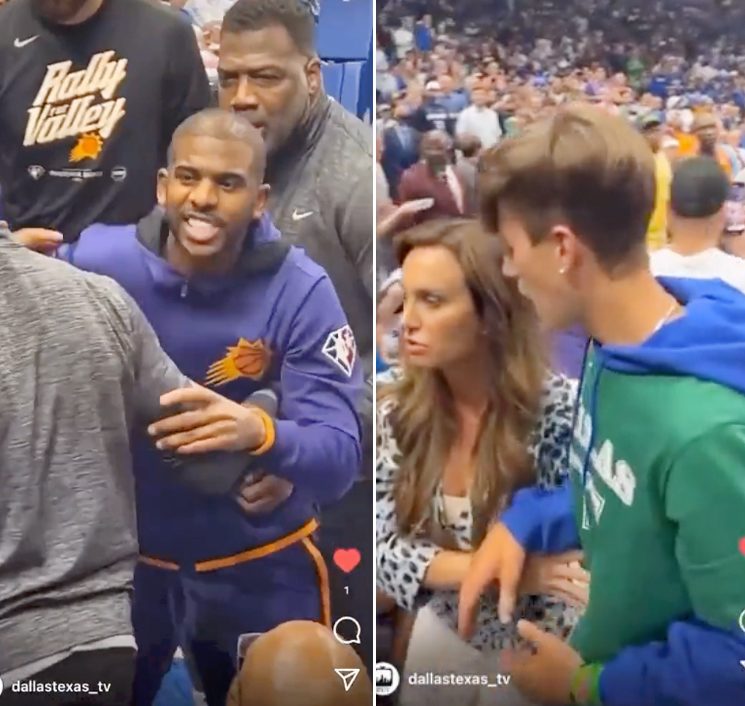 A fan was ejected from an arena in Dallas after he reportedly shoved Chris Paul’s mother in front of his children.

The incident happened on Sunday during Game 4 of the Mavericks-Suns NBA playoff series at the American Airlines Center.

The fan got into an altercation with the Phoenix Suns star’s mom in the stands. Paul’s mother was sitting next to his wife and their children behind the Suns’ bench when the fan shoved her without provocation.

Chris Paul was not happy. ?

An outraged Chris Paul took to Twitter to voice his frustration over the late Sunday incident.

He tweeted: “Wanna fine players for saying stuff to the fans but the fans can put they hands on our families … f – k that !!”

The Dallas Mavericks issued a statement on Sunday.

“The Dallas Mavericks are aware of an incident between a fan and the family of Chris Paul. It was unacceptable behavior and will not be tolerated. The Mavericks, along with the American Airlines Center, swiftly removed the fan from today’s game.”