Chopper, from MTV’s Making The Bandwas extradited to Las Vegas to face charges of sex trafficking.

TMZ reports Chopper, real name Kevin Barnes, was arrested in Maryland and charged with running a prostitution ring. Barnes is accused of luring Instagram models and other vulnerable young women from the social media platform.

Barnes was busted when he DM’d an undercover Nevada state police officer who was posing as a vulnerable young woman on Instagram.

TMZ reports the aspiring rapper tried to entice the undercover cop by telling her she could make money selling her assets as part of his stable of women. 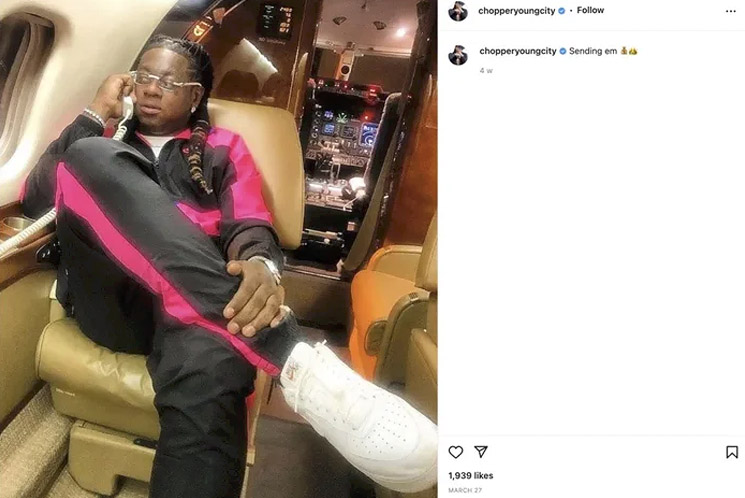 IG photos show Barnes sitting on a private jet and showing off his seven homes, including one in Las Vegas, his fleet of cars and jewelry.

In a phone call with the undercover cop, Barnes allegedly said she would join his “team” and “stable” of hookers.

Barnes then began speaking aggressively to the cop and ordered her to meet him in Charlotte, NC to join his “stable.”