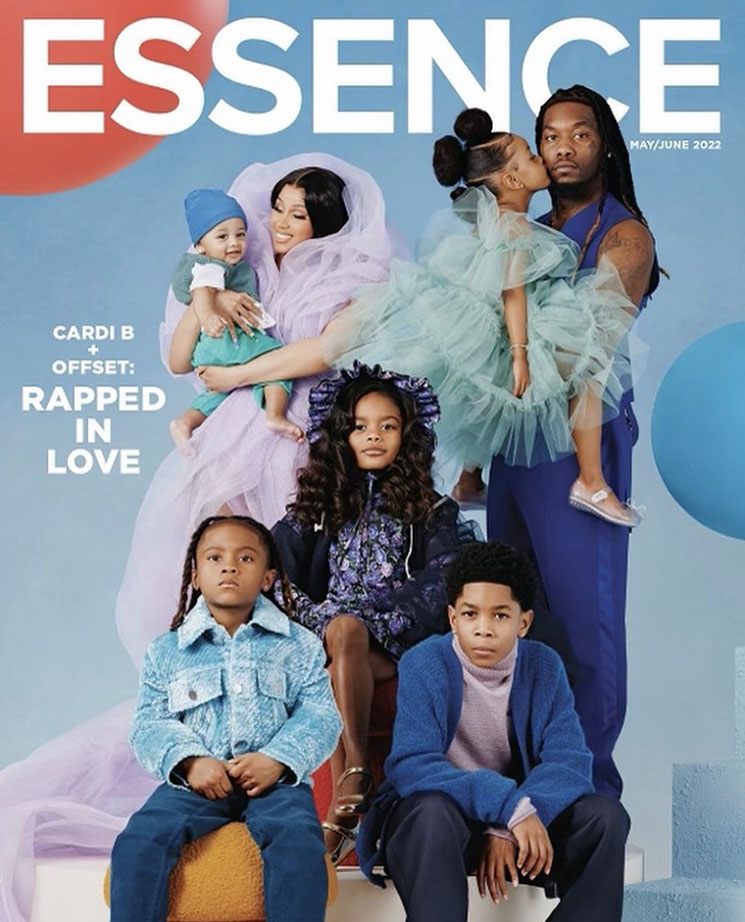 Cardi B and Offset finally revealed their infant son on the cover of ESSENCE magazine‘s 52nd Anniversary May / June 2022 issue.

Cardi B, 29, and Offset, 30 posed on the cover with their 3-year-old daughter Kiari culture. Offset is also father to three children from previous relationships: daughter Kalea7, and sons Jordan12, and Codesalso 7.

Cardi asked the editor during a Zoom call if she could talk to the editorial and creative team, “woman to woman,” about including her stepchildren in the magazine’s photo shoot.

She didn’t want to spoil the relationships she has with the other mothers of Offset’s children. According to ESSENCE, more than anything, she didn’t want his other kids to feel left out.

“After we got married, that’s when I first met his kids,” Cardi said. “I always wanted them to love me, and they really do. They tell me that. I feel it, and I hope that we always have a great relationship.”

Offset came from a blended family with siblings of other fathers.

“I have two brothers, and we have three different dads,” Offset said. “I never heard of a half-brother — those are my brothers.”

“It’s a blessing to be able to have them all together, and to have a wife who’s open and treats them as if they’re her kids,” he says. “It could be an issue, but I don’t have to go through that, and that’s beautiful.”

The cover photo was shot by @abdmstudio for Essence magazine. See more photos from the shoot HERE.