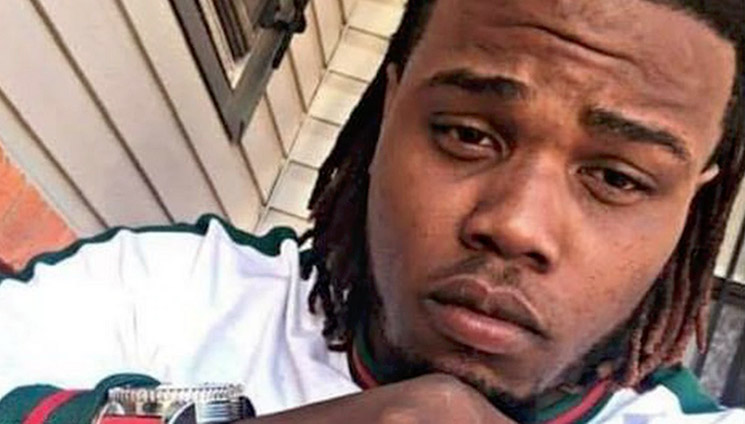 Quadry Sanders was killed on Dec. 5, 2021 but the two officers were only recently charged with his murder.

Body camera footage shows Sanders raise his hands twice. Each time Sanders raised his hands he was shot multiple times by the cops. He was pronounced dead at a nearby hospital. His body was riddled with 12 bullets.

The two officers were fired from the police force in January following an internal investigation.

The Oklahoma State Bureau of Investigation and the DA’s office concluded that “the shooting of Quadry Sanders was not” justified. “

I just saw the video of the MURDER of Quadry Sanders. It’s absolutely sickening to see a man shot for holding a baseball cap. Arms up, unarmed. Shot until he fell, arms still raised. And pumped full of bullets yet again. 12 bullets made contact with his body. #BlackLivesMatter

Lee Merritt, an attorney representing the Sanders family, wrote on Instagram that he couldn’t “find a single redeemable factor that mitigates any aspect of this shooting.”

Sanders, a musician, leaves behind 8 children.

Sanders was unarmed and, while clearly started was compliant.