The race to the finals in Bigg Boss 15 will come to an end this weekend. In the last episode, we got the finalists of this season which include Shamita Shetty, Tejasswi Prakash, Karan Kundrra, Nishant Bhatt, and Pratik Sehajpal. While these are the top 6 finalists, the one who couldn’t make it to the final just a few days ahead of it is wild card entry is Rakhi Sawant. 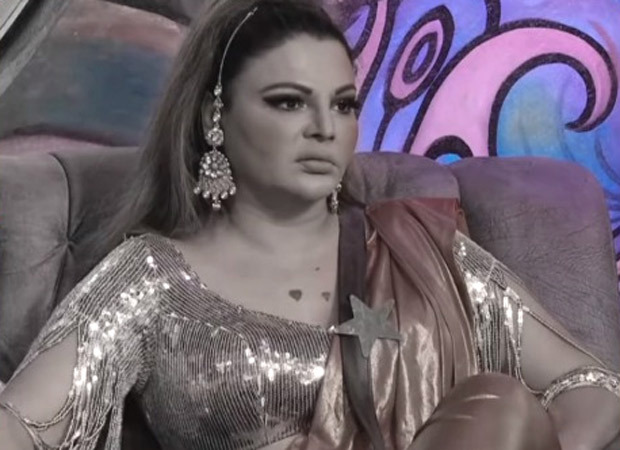 Yes, Rakhi Sawant is the latest and last one to get evicted from Bigg Boss 15 house. The actress got evicted after live audiences entered the house for a special task as they were given the power to vote out a contestant. Upon audience’s voting, Rakhi scored the lowest and got eliminated from the show. This marked an emotional moment for the actress, who seemed quite fretful ever since the last task was announced.

Announcing her eviction, Bigg Boss quoted a heartfelt goodbye speech for Rakhi. In his speech, Bigg Boss stated that maybe the audience doesn’t want Rakhi’s journey to end on the show ever, which is why they don’t want to see her win. Hearing Bigg Boss heartfelt speech, Rakhi got emotional and teary-eyed. She hugged everyone before bidding adieu to the housemates, Bigg Boss house and the season. Before leaving the house, Rakhi thanked all the contestants for loving and supporting her.