ABC and its Thursday drama slate were the primetime ratings winners on Thursday, with CBS in repeats.

Station 19 and Grey’s Anatomy were the top programs of the evening, tying with a 0.6 rating in the 18-49 demo, per fast affiliates. Typically a new episode of Young Sheldon would be in those ranks, but the network opted for reruns in the first three half-hour slots. 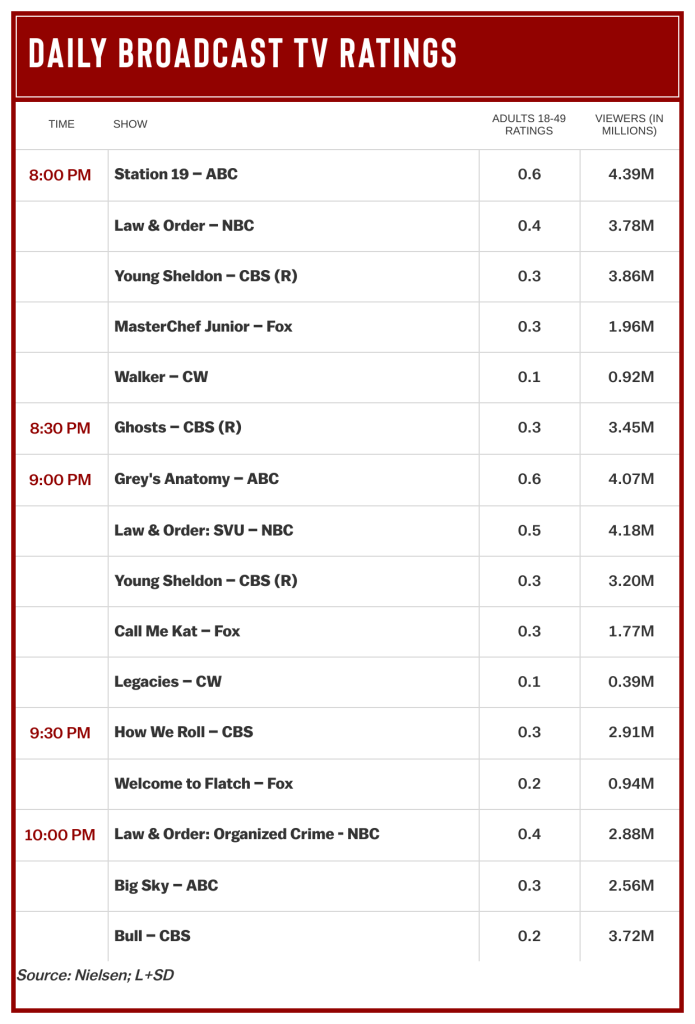